How I stopped "apologizing" for my big breasts!

Being a woman is a surreal experience. You probably already know how tormenting body shaming can be. Most of us have been in one kind of body shaming situation or another. But there is one body part that seems to trigger other people more than any other. Breasts. Particularly large breasts.

When I mention my bra size, I am met with awkwardness and skepticism. I have a K-cup. Yes, my breasts are real. Yes, such big bra cup sizes do exist. (For a great selection of bras with large cups visit Bras in A to S-cup.)

Aren't big breasts what women want and men find attractive? How is something that many strive to get suddenly become something negative?

Can a woman with large, beautiful breasts really get hurt by unwelcome attention and comments? Yes, she can and do! Having large breasts is not a Wonder Woman shield that magically protects one's self-confidence.

Usually, you would not think of large breasts as being something to be ashamed of. And, if you'd experience unwelcome comments and stare, you would think of men being the main culprits. But what about other women?
Women big breast-shaming each other

At times, it is our fellow women who appear to have an issue with our bodies. If you are slim, there will be lots of comments about how sad it is that you are unable to attain a curvier body. And if you are big, they will be quick to point out that you are lazy for not going to the gym and shed off a few extra pounds.

Well, it is only human nature to scorn and judge others. So, as victims, we should ensure we do not take offense at what everyone says about our bodies. Of course, we are bound to be irritated, especially if these mean remarks are made in public or other compromising situations. But there is really very little we can do to make the other person see us in a different light.

Body shaming, for some people, comes naturally. Perhaps it is the stuff that gives them the kicks. And since it is an ethical as opposed to a legal question, the buck stops with the body shamers themselves.

However, there is no use playing victim or holding resentment against such people. Because it is not about them but you. I was once there, and I learned my lesson so read on and possibly you will be inspired to rise above those petty but hurtful body shaming commentaries.

Living with a large bust 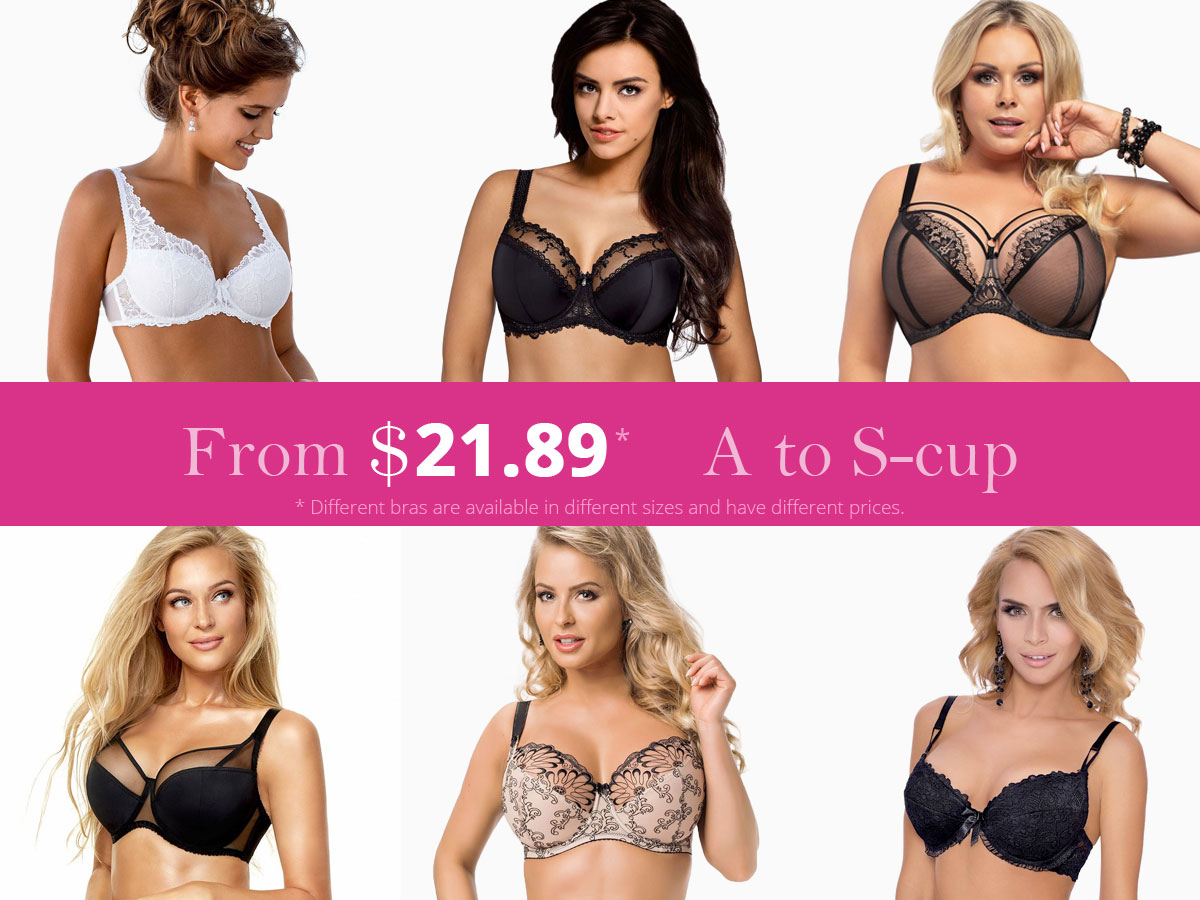 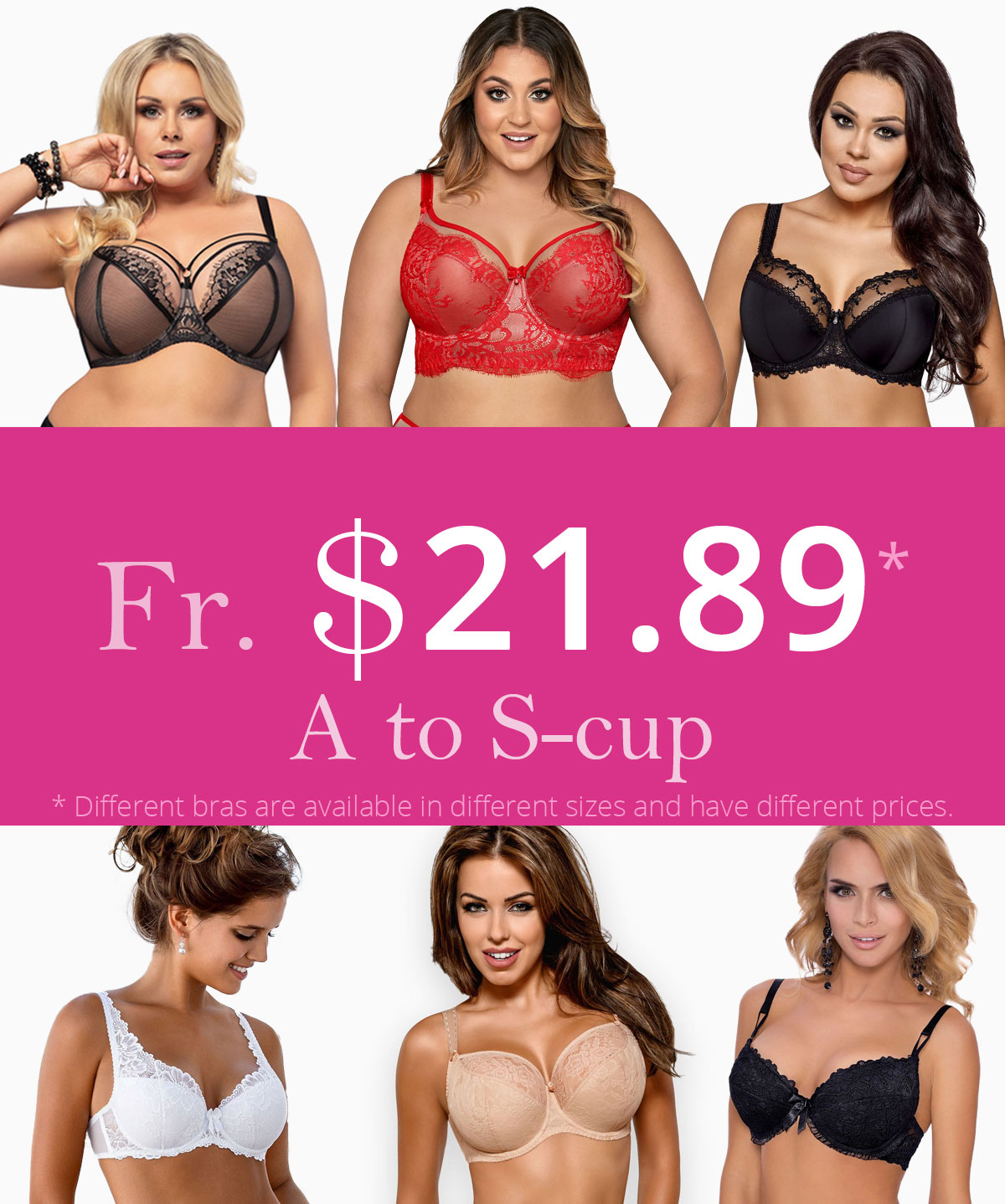 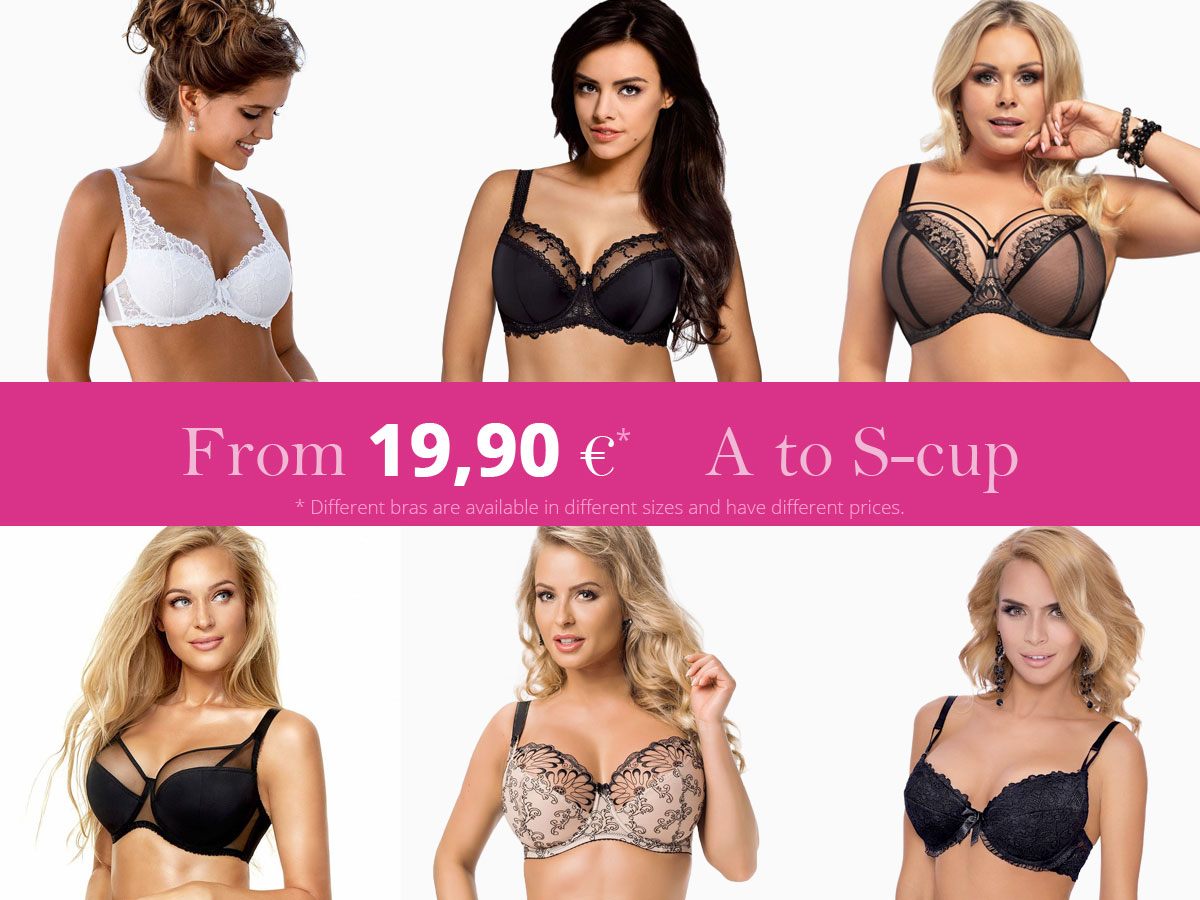 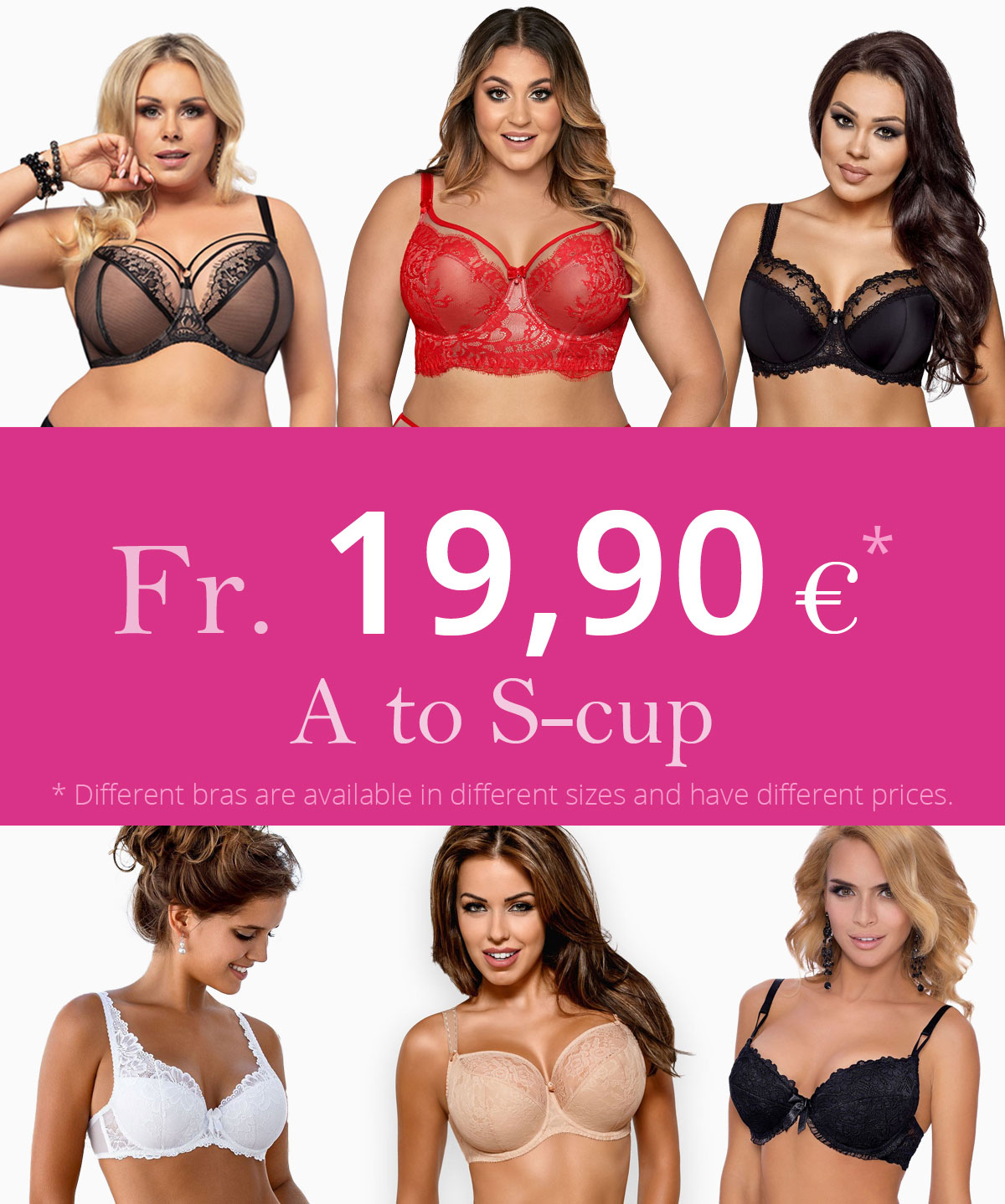 When I graduated from high school, I began showing more interest in my health, and at one point, had to talk my mom into a breast cancer screening session. Well, the doctor's verdict was inspiring – I had no breast cancer or any other cancer for that matter. Ordinarily, that would come as good news, only that in my case, it didn't. I kept wondering how breasts would grow so big on such an average sized body.

My parents did all they could to calm my anxiety, and for the most part, I usually got relieved. However, when I joined college, I realize more problems were presenting themselves. It was no longer only me now complaining but my friends in college too. Of course, theirs were not so many complaints as they were friendly puns and jokes.

I finished college, enrolled for an internship, and was soon working my first real job. This was when I came head-on with the monster that is body shaming. When I started, I expected my new place of work to be thrilling and fulfilling. But it was not always so.

I recall the many instances during meetings when my colleagues just wouldn't get their eyes off my breast. Not that I wore explicit attire. Not that I left a seductive cleavage with a sexy lace bra sticking out for all and sundry to see. I did eventually quit.

Often, I wondered if people were aware of their reactions. Was it resentment, jealousy, hate? What was it? Regardless of the reasons, I kept quiet, doing my best to hide my nature-given assets. Somewhere along the road, I did understand that people sometimes tried to compliment me, but this was already a toxic topic for me, so any comments or acknowledge was unwelcome.

No matter how decently I dressed, there were always these two huge mounds sticking out. And it got even worse when interacting with my colleagues outdoors. Both my work and social life were greatly affected. The situation did not improve back home. I recall when I moved to a new apartment when my female neighbor called on me to inquire on a personal matter, but the conversation ended as soon as it began.

Instead, she kept throwing furtive glances at my chest, and when she could not hold it any longer, she opted to break the ice.

"So, Katarina, how do you happen to carry around such weight on your chest?"
"Don't they feel heavy?"
"Don't you think they look weird?"

She kept on inquiring and expecting me to put her at ease. At this time, I really did not know whether to frown at her inquisitiveness or simply put up a faux smile and assume I never heard anything. Later I understood that her husband had a habit of staring at large breasted women, which made the wife confront the women instead of her own husband.

Situations like the one above these are often the norm for us, big breasted women. It's a part of our everyday life. For many years, I continued to try to hide my breasts, as though it was something to be ashamed of. But what stood out was the fact that there were more women than men that took an issue with the size of my breast, which always left me wondering why.

Should I get a breast reduction?

I had now reached a point in time where I knew something had to give. I have allowed this to get to me too much for too long. There were lots of thoughts racing through my mind, and I did not know what to do. But I knew I had to do something.

My first instinct was to find a cosmetic surgeon for a breast reduction. So, I searched online and found a surgeon near me. We discussed over the phone and agreed on an appointment. However, on the eve of the appointment, a voice whispered to me and urged me to cancel the appointment. I did not know whether to call it a voice of reason or dissent, but I canceled the meeting anyways after making up some reasons for doing so.

Being so near performing something as drastic and potentially dangerous as a breast reduction triggered something in me. I started to develop and foster a more objective outlook on my situation. I thought to myself – "you cannot help what other people say about your breasts, but you can determine how you react to their sentiments."

Being an accomplished woman, I thought there were so many ways the world expected me to contribute towards its betterment than sitting back each day grieving over a situation that only required an attitude change. And I realized I was right. All I needed was to change my attitude.

A change of attitude

You see, we have so many women out there that are endowed with naturally busty boobs. Like me, some of them face scorn every day. (I can imagine large, muscular men face a "big and dumb" stigma too.) And even worse, much of the mean remarks always emanate from our fellow women.

There comes a time when you have to ask yourself if life should grind to a halt simply because someone else has an issue with a nature-given gift. I realized that for the past thirty-something years, I had refused to live my life.

I had willfully chosen to relegate my happiness to the naysayers and self-appointed critics. And that's what happens when you let the hurtful sentiments from other people on account of your big breasts take a toll on you.

As my eyes continually opened up to my reality, I remembered the many public figures and celebrities that are naturally endowed with busty breasts. I was especially taken by how most of them had managed to handle their critics, often only replying to them with a witty remark or a wide grin.

I invested in many stories of women who always rose above the scourge of body shaming on account of big breasts, and proceeded to carve a niche for themselves in their various industries. These inspirational stories only ended up confirming that when it comes to busty breasts, you owe no one an apology.

In this era of body acceptance, it is vital that we women start with ourselves. As I have already mentioned, one thing that stood out is that many critics of my busty boobs were actually women.

I never really understood why we women fail to step up for one another when we need each other the most. But like I have said, the goal is not for the body shamers to stop, but for you to get away from their hurtful sentiments and lead a healthy life.

The first thing to do if you find yourself in my situation is to remember you were created that way. Indeed, we are all fearfully and wonderfully made. Therefore, your options are only limited to being proud of yourself. It is not like you will not require a thick skin.

You will definitely need one, especially if you are a person with a lower anger threshold. But whatever you do, ensure you are proud of your large breasts and if possible, prove to the whole world that you are. You see, people will only make fun of your big breasts you if they believe you take offense at it.

You can rise above big breast shaming is to remember that no one can make you feel inferior if you do not allow them to. The right to allow criticism to weigh heavily on you can only be granted by you. Therefore, though there will be mixed reactions to the size of your breasts, the first person you should always look to for support is yourself. So, it is better you begin by seeing every part of your body in a positive light, or other people won't let you.

Evidently, big breasts are a blessing, and those women endowed with it have no choice but to be proud of it. Do not allow yourself to feel deprived. Instead, count yourself lucky for having been given an excess of what other women spend millions of dollars to achieve.

Sharing my story with you, I hoped to show to you that I (and others at Eva's Intimates) do understand the challenges of being big breasted. I know the difficulties of buying big cup bras, especially online. I would like to welcome you to our selection of big cup bras. If you need any help or consultation, please feel free to contact us. We know big cup bras!

I would like to welcome you to our selection of bras in A to S-cup! If you need any help or consultation, please feel free to contant us on Facebook / Messenger or email us.